Several big-city teenagers are falsely accused of vandalising a valuable organ, casting light on the hypocrisy of the adult world.

We are introduced to a Czech school environment during 1980 when the communist regime still ruled the country firmly.

Typical young children, the boys group with boys and girls with girls, but as puberty kicks in the dynamics change. A couple of naughty boys discover the stored set of valuable organ pipes from a church being restored. They nick a few pipes just for the hell of it. Unfortunately the theft is reported resulting in unforeseen circumstances.

Although not a great film it is still enjoyable with good acting by the young cast. My only complaint deals with the quality of the subtitles of my copy of the film; it is absolutely terrible, and gives the impression that a non-English speaking person ‘translated’ it directly with only the use of a dictionary. The result is that this rather serious film is transformed into a pythonesque, surreal and at times unintended very funny belly full of laughs. Some examples: “Paul, you’re lucky that you drill to have no conscience”. Also the mystifying “Dead cert killer will be out of tune.” It would be unfair to penalize the film for the poor quality of subtitles that were clearly added years later. I still score this interesting film 7/10. 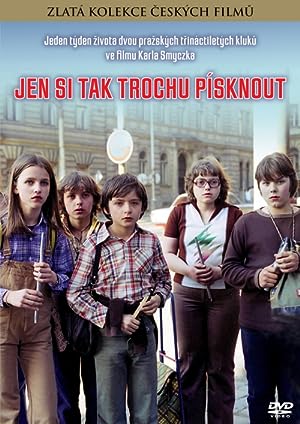