Storyline
A self-reliable 11-year-old boy runs away from children’s home to be with his dysfunctional mother. She doesn’t want him back so he starts living on an old barge.

This film carries the same spirit and almost the same story as “Nobody Knows” (Daremo Shiranai) by Hirokazu Kore-Eda. It is truthfully told without resorting to feel-good plot twists, and earns its laughs and tears honestly. If anything, it continually points the viewer to the underlying rottenness of anything or anybody superficially attractive. Children’s laughter is stained either with cruelty, substance abuse or deep sorrow. The adults are either mean and domineering, self-absorbed, or kind but powerless to help. There’s only an ineffectual hint of adult protectiveness of a throw-away child, and even the police respond with annoyance rather than genuine concern for the welfare of the 11-year-old boy who is at the center of this story.

Unlike other reviewers, I don’t think this movie is too pretty. It’s mostly dark and grimy. Even scenes at the water’s edge and in the woods are dotted with refuse, which the kid harvests for useful items and things he can sell. I got the sense that any residual beauty that this child perceives is what keeps him from committing suicide or joining the other lost boys getting high on inhalants. His ambition is to be a poet. I took the visuals to be his poet’s-eye view of his hard-scrabble life.

He’s Pinocchio made flesh with no Geppetto or Jiminy Cricket in sight. As with the kids in “Nobody Knows,” his ultimate fate remains un-foretold. Both movies left me in tears. I was surprised to see this aired on MHz Worldview’s excellent film series, “For the Family.” I wouldn’t let children watch this without a trusted adult also watching. In that sense, it is a family movie, not boob-tube babysitting fare. 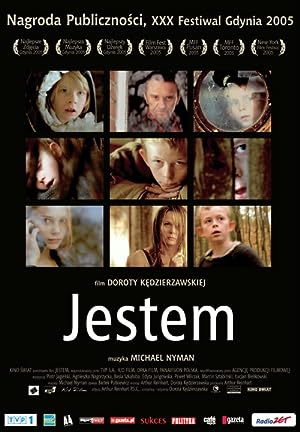 I Am (2005)
93 min|Drama|04 Nov 2005
7.4Rating: 7.4 / 10 from 852 users
A self-reliable 11-year-old boy runs away from children's home to be with his dysfunctional mother. She doesn't want him back so he starts living on an old barge.
Director: Dorota Kedzierzawska
Creator: Dorota Kedzierzawska
Actors: Piotr Jagielski, Agnieszka Nagórzycka, Edyta Jungowska, Barbara Szkaluba

2 reviews for Jestem 2005 with English Subtitles