JOSHUA TREE, 1951 is an intimate portrait of James Dean on the cusp of achieving notoriety as both a great actor and an American icon. Set primarily in the early 1950s and focusing on Dean’s experiences as an up-and-coming actor in Los Angeles, the film is a series of revealing and sometimes dreamlike vignettes that blend biographical and fictionalized elements to present a pivotal moment in a remarkable life.

I saw the film last night at the Outfest Film Festival in Los Angeles. This is a visually beautiful new film about James Dean, the iconic actor who is still very revered and loved and whose film legacy still continues strong 57 years after his death. This is not the typical biopic though, it gets into details about his life that were not well known until recently. James Preston is excellent playing James Dean expressing his ambition and vulnerability, willing to play the game in Hollywood to get a chance and still keeping the powers that be from ruling or controlling him. He was a rebel in the sense that he wanted to be true to himself and his talent above all else and lived and experienced a great deal and achieved his dream by the age of 24 when he died. The film takes place in the few years before his acting led to the three films he would do eventually that would propel his star and fame and became his legacy. He’s in the process here of becoming a real actor and starting to understand who he wants to be as a man. In 1951 Dean was only 20 and he was trying to figure himself out and those around him and to understand what’s important to him. Much of the film seems like almost dream like sequences or partial scene memories filmed in beautiful black and white striking images, the cinematography is top notch! I’ve read biographies on Dean’s life and the movie is accurate from the accounts I’ve read. The director/writer Matthew Mishory, did a very good job making a film about his subject in a way that’s unique and hasn’t been done in the same way before. The supporting cast is very good as well. I recommend seeing it and I’m looking forward to seeing it again! 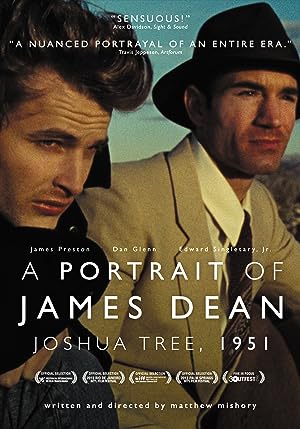