Story of a bourgeois European family whose lives are invaded by an enigmatic visitor. Set within a 20th century modern villa in Spain, his presence creates an unnerving effect.

precise a visitor. as answer for the all the desires of a family. front to the glass wall. in the dinner time. fantasies. symbols. memories about Pasolini Teorema. but real different. not only for the pool or for the wall between family and him. but for the precise references to sin, desire, secret, need to escape from yourself, the choices and the rules. for me, and it is a deep subjective opinion, it is a beautiful religious film. beautiful not only for admirable cinematography and inspired music . but for the precise way to define hidden realities. to propose a challenge. if, from the pool, a stranger, from nowhere, comes to you ? and he looks hour by hour. and you imagine it as the solution to entire gray life. so, a 5 minutes film. and, maybe, it is enough. 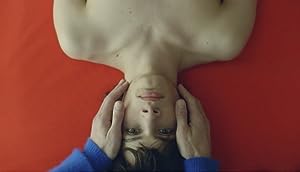 Be the first to review “Jumper 2014” Cancel reply