Just a Question of Love 2000 with English Subtitles

After his gay cousin dies from hepatitis, young Laurent, who lives with his best friend Carole, falls in love with Cedric, a plant scientist. He’s afraid to inform his conservative parents that he is gay.

Very impressive, well done. All the actors, actresses were very good at doing their parts.

There is one mistake that I found. I thought that whoever did the make up did an excellent job, especially on Laurent’s mother Jeanne. She was so radiant when she was visiting her son, then she became so old after she learned that her son is gay. So after I finished watching the show, (I am surprised that it is not a movie.) I watched that chapter again. To my surprise, her hair was up when she was standing at the door. Then later on, when she was relaxed in the room, all of sudden, her hair was down again.

Everyone looks so natural, it doesn’t seem as if they were acting. It is as if they were really people with real problems. I also like Cedric’s mother – Emma, she reminds of someone that I know, very elegant.

This story is well written, it is not predictable as you watch from the beginning. And it seems that it could be just anyone’s problem, whether it happened in France or in the US. There will always be parents like them, and sons like those two. And that is what is so great about this TV show, real life like story. well done! 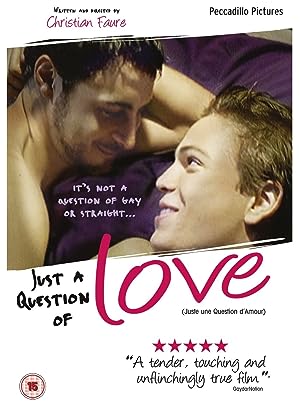