Just the Wind 2012 with English Subtitles

Unknown racist murderers have already attacked four families. Some of them died. Who will be the next on this ordinary day? Inspired by a true story.

I like arty films in which I have to think about what is really happening… Although I was a bit annoyed by the fact that the picture was mainly dark and I couldn’t see many things. I assume the director wanted to express the spiritual and factual state in which Travellers live their everyday life. Nevertheless there is a certain degree of discrimination. Not a quiet one. After watching the film I felt confused not really sure what had happened. After reading the comment of the reviewer from Germany, I understood better what I’ve just seen. I like films where your mind is put to the test, unlike the Hollywood commercial stupid and manipulating films. I think it must have been more comprehensive though. 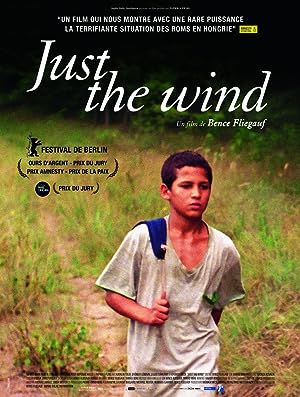 Just the Wind (2012)
95 min|Drama|05 Apr 2012
6.5Rating: 6.5 / 10 from 1,105 users
Unknown racist murderers have already attacked four families. Some of them died. Who will be the next on this ordinary day? Inspired by a true story.
Director: Benedek Fliegauf
Creator: Benedek Fliegauf
Actors: Katalin Toldi, Gyöngyi Lendvai, Lajos Sárkány, György Toldi