Six-year-old named Petya (Oleg Ryba). Petya, his brother Vasya (Jewgieni Ryba), and their friend Liapa (Akhmed Saralov) travel overland with dreams of a better life in Poland and the hope that tomorrow will be better. They learn they must rely on each other to find their new home.

Having previously seen the Polish Coming-of-Age film Jestem (I am), when I found out that the 2011 film Tomorrow Will Be Better (Jutro bedzie lepiej) was also directed by the outstanding filmmaker, Dorota Kedzierzawska, I knew that I had to watch it. And, when I did, I was not disappointed. Present was the familiar artful photography and camerawork of Arthur Reinhart, which made such an impression on me while watching Jestem. That, combined with Dorota’s dexterous directing of the young actors, created in Tomorrow Will Be Better a beautiful visual poem of childhood and hope – which reminded me once again why many think of cinema as the seventh art.

Just like the meaning of a poem can sometimes be hard to grasp, the plot of Tomorrow Will Be Better does not offer much in terms of story development. But the lack of complex or dramatic scenes does not present an obstacle to this film. On the contrary, instead of seeking out meaning, one is overpowered by the visual aesthetics and the charming appearance and talent of six-year-old Oleg Ryba (whom I took for a girl at first), his brother (11-year-old Jewgienij Ryba -one of the most expressive young actors I have ever seen) and 11-year-old Kinga Walenkiewicz . They play the roles of homeless boys who live in a railway station of an unnamed Russian city.

One day, filled with the hope that “everything is greener on the other side”, the boys decide to try an illegal crossing of the Russian-Polish border – yearning for a change in their lives and a “better tomorrow”.

Tomorrow Will Be Better is a road movie in its essence or at least its story would fit the definition of a road movie, which is defined as “a film genre in which the main character or characters leave home to travel from place to place. They usually do so to escape their current lives.” – the Dictionary of Media and Communications [1]. Of course, one has to take into consideration that the heroes of Tomorrow Will Be Better do not really have a place they could call home. Instead, one is bewildered by the youthful spirits of its protagonists: their emotions (incredibly authentic), their determination and their optimism.

The movie features only a small amount of dialogue – as if the composition principle “show, don’t tell” had a major role in the film-making process. The visual aesthetics of the scenes, its skillful lighting (I don’t believe I have seen any other film with such attention to detail – such as the sun reflection), wizardly crafted close ups and well chosen filming locations were the ingredients used by Dorota Kedzierzawska when creating this work of art.

By now you know I loved the film, but be assured that I have not used a single superlative (and if one slipped in, it’s well deserved). Tomorrow Will Be Better won the Peace Film Awards at the 61st edition of the Berlin Film Festival and that’s just another testimony to its quality. I have absolutely no hesitation in highly recommending it to the readers of TheSkyKid.com. Such movies make me optimistic about the future of cinema and the Coming-of-Age genre in particular. And, when you watch the movie and love it (as you will), do not forget to check out the other movies directed by Dorota Kedzierzawska – especially Jestem – a review of which is also featured on the site . 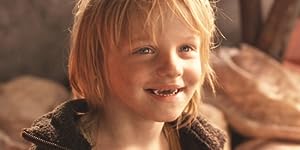