Sabine is in love with Julia, but pulled simultaneously to the irresistible television program host Stella Moon.

Kärlekens språk is a beautiful movie about love and sexuality, be it sex between young or old, homosexual or straight it tries to show sex and relationships like they really are. This is the kind of movie that really makes you care for its characters. In one word i would describe this as cute. Through the plot, we meet a couple of doctors who discuss and explain a wide selection of sexual topics in a relaxed and open minded way,- which makes me think this movie should be used as a part of sexual education in schools. We meet a lot of young new actors/actresses in this movie, and on the whole i think they do a good job,- they are bold and unafraid to delve into scenes involving nudity and sexuality, and the end result feels very innocent and sweet as a result. If you are an openminded individual who doesn’t necessarily freak out over seeing an erected penis, i emplore you to sit down and watch this sort of different but very good Swedish film. 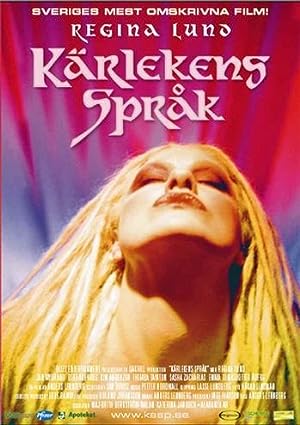