Disturbing, dark, low-budget independent film about teen-agers in New York City. The story focuses on Telly (Leo Fitzpatrick), a teen who has a goal to de-flower as many virgins as he can. When one of his old encounters discovers that she is H.I.V.-positive, after only one encounter with a guy, Telly remains undaunted.

Larry Clark has broken the boundaries with this film. Not only is it one of the realist depictions of our nation’s youth, but it also brings the fear of the AIDS virus closer to home. This is not a piece of fictitious work, this is brutal honesty in its rawest form. While many will knock this film because of the pornographic nature, I saw past that and witnessed the birth of the next plague. Writer Harmony Korine has taken the world of our children and transferred it to the big screen. I never once saw this as a shock film or disgusting, I saw honesty and truth behind every scene. This is really what is happening in our backyards. Kids are not as young as they used to be, and are growing up in a world with more possibilities and distractions than ever before. This is the modern world, and these are the newest leaders.

While this is not what happens with all of our youth, it does paint a beautiful picture of just a handful. This is not just a story about NYC, it is a message for every city. This is happening all over this country. In the wealthy, poor, and everything in-between, our children are experimenting without any form of education or realization of their actions.

This is not a film that will leave a very good taste in your mouth, but then again it isn’t supposed to. This is better and more honest than any reality program out there and it will scare the daylights out of you. This is our world, we must change it. 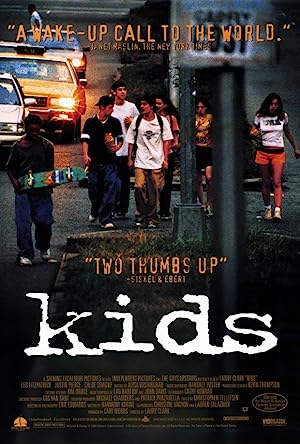