The still very much active Sean Paul Lockhart, aka Brent Corrigan’s career and the scandal associated with it is the subject of the film King Cobra. Disney twink actor Garrett Clayton plays Corrigan and I’m sure Clayton probably has a limited future with the Magic Kingdom. He joins a list of players like Shia LaBoerf, Miley Cyrus, and Lucas Gabreel who’ve appeared in less than wholesome projects. I don’t see any more Teen Beach movies in Garrett Clayton’s future.

Subsequent to the story told here, Sean Paul Lockhart has gone to mainstream entertainment and gay stories of the non-pornographic nature. I know a few gay adult film stars who have other lives and have diversified their interests and entertainment roles like Lockhart in order to survive. A lot don’t survive for one reason or another.

James Franco created this project and I wish he’d just come out of the closet already. Are you fooling anyone?

I hope this leap into most adult type material augers good things for Garrett Clayton. 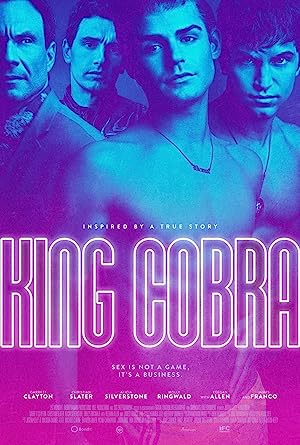