Inside a drab middle school in 1992, a sexually-confused eighth-grader attempts to regain his dignity after being bullied by a sex-obsessed ‘cool kid’ whom he privately fantasizes about.

What do you do if you’re in love with your bully? While it might seem an odd idea, there are plenty of people out there who will know that love and hate can be close together. That’s the situation here, where teenager Drew fantasises about ‘cool kid’ James, but also has to deal with the fact James bullies him for being gay. The short moves between an almost lyrical romanticism and being fairly intense. As you may expect, there are hints that there’s more to James’ bullying than meets the eye, and Drew’s ‘revenge’ is an interesting one, which brings up plenty of ideas. 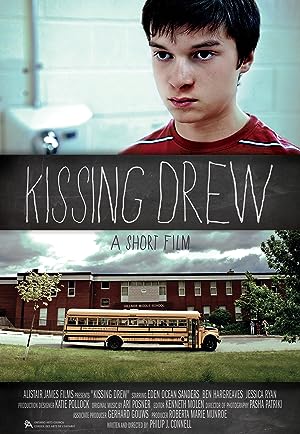 Be the first to review “Kissing Drew 2013” Cancel reply