Kaspar and the class pushover Joosep are 16 and life in high school isn’t easy. Without meaning to, Kaspar defends Joosep against the bullying of his classmates, but every time Kaspar tries to him, it backfires, with the class taking it out on Joosep. Kaspar just wants his friends, his girl and his unassuming life back. Joosep wants to regain his dignity and the chance to switch to a high school far away. But their classmates are relentless, going further and further with each incident.

I’ve just finished watching this Estonian drama, and even though I’ve been warned about what I should expect, I never imagined what awaits for me. Believe me, I’m not a person who can be easily shocked – after hundreds and hundreds of movies I didn’t think that something could bring me to this mental condition, but I’m sitting here, in front of monitor; my hand are shaking a little and I’m filled with so much rage and despair that I wanna cry. First of all, I should mention that I, myself, experienced something similar in my school years. Though, not to this extent, of course. Undoubtedly this is partly the reason why I feel like this. I recollect things that happened to myself and when I think about what could have’ve happened if some people from my past stepped just a little further in what they’ve been doing – it just makes me shiver. All words, reactions and events are so shockingly colourable that it’s almost feels like you’re inside characters’ minds. Indifferent adults so messed up by life (be it cruel post-Soviet reality or personal issues) that it seems like they’re living in some world of their own; and kids that desperately trying to understand what is going on around them – without hope and any help from anyone around. I’ve seen it all be my own eyes: mindless faces that don’t understand you at all. I’ve heard all the words – sickening clichés that only make you feel worse. Sometimes the pressure is just to high and you brake up no matter how strong you are. Of course, there were other pretty frank movies concerning this matter – Larry Clarks’ Kids – raw and passionate 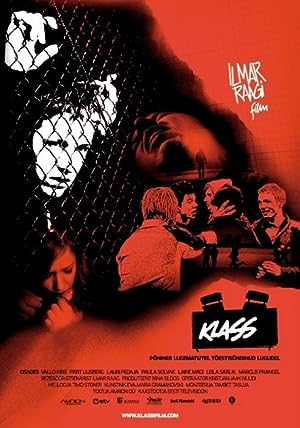