Jasna is a teenage girl living in the poor suburbs in the south of Belgrade, Serbia. She likes to record everything around her using a mobile phone camera. She is making videos of herself, her school friends, family and Djole – the boy of her dreams. Her family is a mess: father is terminally ill and mother is barely coping. That’s why she is spending more and more time hanging out with her school friends, partying and drinking. At one of the parties, she finally starts a conversation with Djole and later they develop an intense sexual relationship. When he realizes that she will do anything to be close to him, Djole starts using her as a sexual object. Jasna starts to experiment with drugs and to skip school. Her life is getting out of control and she needs Djole to accept and reciprocate her affections.

As opposed to scores that you see, this film is a great piece of cinema.
I guess that such a low scoring may be a result of two kinds of misunderstanding. First being the lack of knowledge, or lack of interest in Serbian mass-culture after the fall of the Berlin wall. Second, more profound one, could be being caught in the whirlpool of that culture, and not seeing it for what it really is.
Although tempted, I will say nothing more, in order not to spoil your viewing.
You should see this film. I delayed it for a long time, but when I finally saw it, I was very much thrilled. 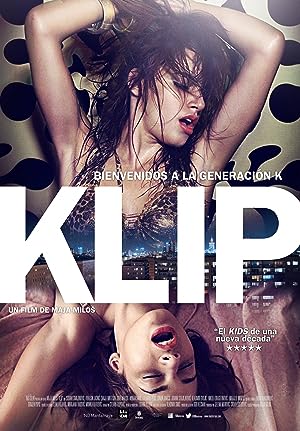 Clip (2012)
102 min|Drama|15 Mar 2013
5.7Rating: 5.7 / 10 from 5,740 users
Jasna is a teenage girl living in the poor suburbs in the south of Belgrade, Serbia. She likes to record everything around her using a mobile phone camera. She is making videos of herself, …
Director: Maja Milos
Creator: Maja Milos
Actors: Isidora Simijonovic, Vukasin Jasnic, Sanja Mikitisin, Jovo Maksic

1 review for Klip 2012 with English Subtitles