Fifteen-year-old Howie loses just about everything and everyone in the space of a single week, but ends up finding himself in the process. His mother has just died. His father, a building contractor, can barely keep tabs on his young girlfriend, let alone his own son. Thusly, the teen must navigate his adolescence virtually unsupervised. Floating towards an ill-behaved existence, Howie and his crowd begin robbing houses in the middle-class neighborhoods off the Long Island Expressway. Together, he and his best friend Gary break into a place belonging to an old guy named Big John, a local man who is a respected pillar of the community. When Big John fingers Gary for the crime, Howie learns that his pal has been leading a secret, dangerous but also alluring double life. Subsequently, we also discover that Big John has secrets of his own.

I’ve practically lived this film so I know what it portray’s isn’t exploitive or audacious in the negative sense. It’s a simple story of a kid growing up in the suburbs. The meaninglessness and frustration of this way of life I felt was painted nicely by the cinematographer and the director. The omnipotent lukewarm attempts by the high school and social structure were represented in a fair manner. It’s a story of a teenager dealing with many things straight on. This movie is really an interesting look into modern western life as seen by a young kid. The movie draw’s you in like all good film-making should. The acting is great. The story will hold your attention and be engaging to you regardless of your childhood. The only stumbling blocks will be your own pretenses or cynicism. It’s not a complex story on the surface but everything that isn’t spelled out is where the weight of the film resides. 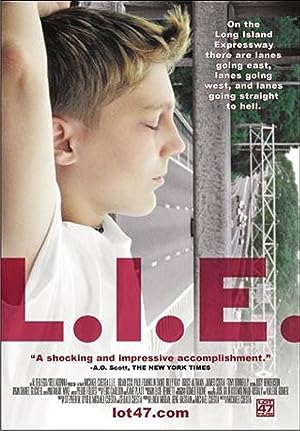