Based on the novel by Alberto Moravia. Set in WW II Venice, a young boy sneaks out of his home every night to fight with the partisans while his mother, a cabaret singer, entertains the German soldiers.

The argument touches irritating topics (very irritating to some): hypocrisy of the Italian upper class who survive her beloved fascism and even the hated partisans and always enjoys a good economic situation, some collaborationist Jews!, the conformism of the communists, sexual relations between an adolescent and adult women … but as always, Pietrangeli “forgets” the Vatican factor… (self censure?). Anyway, the film seems sabotaged: at least in the copy that Youtube provides, can hardly be seen clearly some images, the soundtrack is awful and at times the music prevents follow the dialogue. However, you should look this intelligent film. But one must denounce these acts of sabotage against certain films (since this is not the only one). 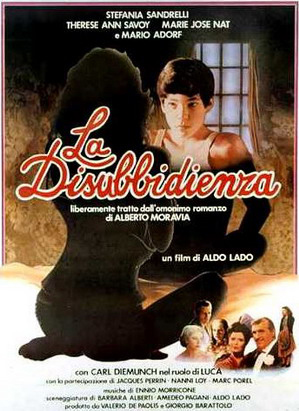