A group of friends make a pact together to come out of the closet after one of them is assaulted during São Paulo’s Gay Parade.

Set in São Paulo this is the story of a group of gay men / boys. Mauro is as camp as Bloomingdales at Christmas and is friends with Rodrigo, they attend the Gay Parade with Mauro’s uncle (who is also gay) and there they rescue Roger – married with kids and still in the closet. He is attacked by some homophobes and they intervene along with some lesbian activists.

Well after the wake up call they all agree to come out a year later and this is their story.

Now this is fairly lightweight as a comedy, the laughs tend to rely on the stereotyped reactions of Mauro and the lies and evasions of not having come out. The acting is all pretty solid. There is even a drag queen playing the mother of one of the characters. Also this is far from a sexathon, this is done for laughs and despite some serious issues coming into play, they are not really expanded upon.

Having said all of the above I did like this; it has not been universally received, but then what ever is. The ending may leave a bit to be desired too but I do not want to reveal the plot. I do like World cinema so was predisposed to watching this, but there are better Brazilian films out there ‘The Way He Looks’ being a case in point but I think this is still worth a punt. 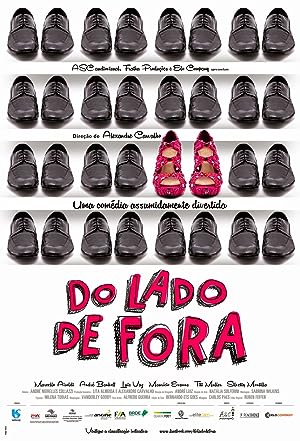 Boys in Brazil (2014)
92 min|Comedy, Drama|15 May 2014
4.9Rating: 4.9 / 10 from 145 users
A group of friends make a pact together to come out of the closet after one of them is assaulted during São Paulo's Gay Parade.
Director: Alexandre Carvalho
Creator: André Meirelles Collazzi
Actors: Rafael Lozano, Silvetty Montilla, Marcello Airoldi, André Bankoff