Recently widowed American opera diva Caterina takes her teenaged son Joe with her on a long singing tour to Italy. Absorbed in her hectic work in various Verdi operas around Rome, Caterina is soon shocked to discover that her troubled and lonely son has become a heroin addict. Her desperate attempts to wean the youth off the drug result in an incestuous relationship, but also in a possibility to reunite Joe–maybe even herself–with his real father, whose existence she has kept a secret from him.

Not quite sure how I exactly feel about this film. As with a lot of Bertolucci movies, there are plenty of cringe-inducing moments, from the overblown Verdi opera scenes to Jill Clayburgh campily dancing around to rock music screeching “Oh yeah! In the 60s we believed in THINGS!!!” Taken as a whole, the movie is very uneven, psychologically muddled, heavy-handed and overlong. But there are haunting stretches in this movie which continue to resonate with me — an opening passage where Clayburgh is biking in the night with her baby, and even smaller moments like the strangely beautiful shot of the teenagers skateboarding down the streets of Rome, or the kid dancing to “Night Fever”. I would love to rewatch it and hope it get released on DVD. It’s a fascinating entry in Bertolucci’s work. A mess, but I think it’s stayed with me more strongly than 1900 or Tango, though I think The Conformist still reigns supreme. 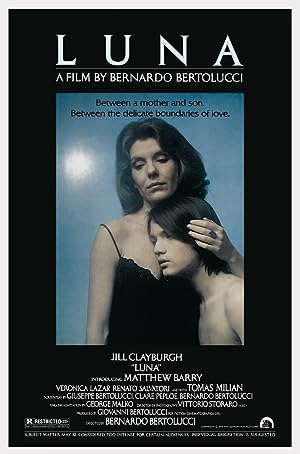