A middle-aged Bulgarian is watching the change of the guard in front of the Buckingham Palace. For no apparent reason, while looking, in his mind he gets back to his childhood in the little Bulgarian village, he grew up in. Different rites, different traditions and still he finds something in common. He recalls the people he knew, he feared or admired. He ponders over that life of no brilliance, where people plough, harvest, marry and die, celebrate or grieve. Miracle are also worked, conceived in a unlimited child’s imagination. It is the child’s perception of the world that helps us to give a meaning to the major questions of human existence.

This is a deeply personal film in which the director goes back to his own childhood in order to show us a bizarre world made up of real-life images and the fantasies of a child. Though essentially introspective, the film is much more of a philosophical speculation, in terms of various images and apparitions, about the spiritual traditions of the Bulgarian people and the peculiarities of a national character shaped by specific historical events. The central scene shows a multitudinous village wedding. A ‘White Aunt’ is being married to a ‘Black Uncle’. To the mind of the child these are two polar images, which evolve into summary symbols of the Beautiful and the Ugly, the sublime and the deformed, the refined and the primitive in the spiritual heritage of the nation. Besides the wedding we are presented with a kaleidoscopic picture of a harvest and war, floods and hot summer days, childbirth, the death of centenarians and the life after death. This is a philosophical parable rendered in almost purely documentary terms: the cast includes no professional actors. 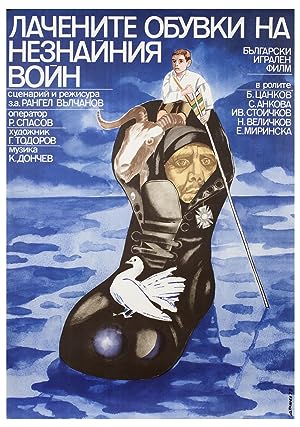