A sensitive, 14 year old orphan in a military school learns about life and love from his classmates and teachers.

This movie tells the true story of a teenager who studies in a military school.These schools were free,but you had to serve five years in the army when you left them.An iron discipline was the golden rule.There was little time to dream or write poems as the hero used to do.The late forties must have been a gloomy atmosphere :WW2 was barely over ,and Indochina war was beginning.And we share all these youngsters ‘ fear of having to die in action in a not-so-distant future:every time a soldier (former student of the school) is killed ,the whole school pays its respects to him.

But what could have been an interesting depiction is finally very disappointing,particularly when compared to Yves Boisset’s “Allons enfants” which tackled a similar subject.There’s no dramatic progression and the cardboard characters do not help,which takes the biscuit,cause they are not fiction:particularly weak are the “good”instructor,his wife -with whom the hero has the de rigueur clichxc3xa9d affair-and the villain -a drunk Martin Lamotte who’s not given a single chance to shine-,not to mention the teacher “who teaches German but who does not approve of the concentration camps”.Music and voice-over are intrusive. 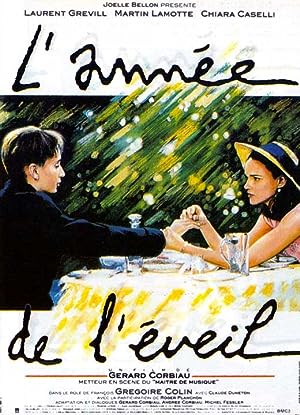