Two high school sweethearts, Luke and Jonah, spend their final months together over the course of a long, quiet summer in the rural South–a world of baseball, bicycles, church and green bean casserole–contemplating their uncertain future and the uncertain future of America.

Mark Thiedeman’s stunning movie is a breathtaking work of art. This moody, nuanced film is something quite special to experience. Far from the madding crowd of commercial ‘Gay’ themed movies, this sumptuously photographed and delicately under-written work indicates clearly this Director is one to watch. It is essentially a love story that portrays the two lead character’s relationship in a filmic essay of great beauty.Thiedeman’s structural choices in setting up scenes is reminiscent of perhaps a more European sensibility than the more common obvious American Studio system’s insistence on the dumbing down of everything. Here we definitely have a case of ‘less is more’…the camera tells much of the story. And with great beauty. Like a fine wine, this movie is one to savor and relish. A comparison to James Bolton’s 2008 “Dream Boy” could be made, but that would be unfair to both Directors, as each is unique in style. But if you enjoyed ‘Dream Boy’ you are likely to absolutely love this film. The two extremely handsome leads beautifully interpret the script and provide the viewer with intelligent and mature performances. If you need fast paced action or voluminous amounts of dialogue to tell you a story, this film is not necessarily for you. It gently meanders, but always meaningfully and with an end-point in mind. Distributors of exceptional films need to sit up and take notice- It’s criminal this one didn’t get a major cinema release. It’s every bit as marketable as any ‘Brokeback Mountain’. Stunning! 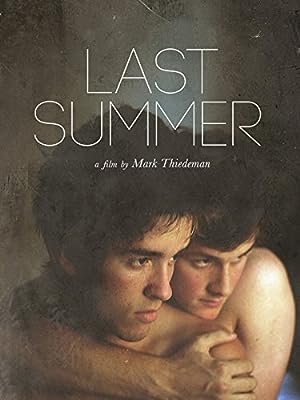