Brothers Martin and Simon, not yet teens, are incorrigible vandals; Martin runs away from reform school, Simon from foster homes, and they always find each other in a seacoast town of Lignan, where their destructive behavior is infamous. (It may date to their mother’s leaving the family.) Martin is philosophical, romantic, and poetic: he dreams of being the son of a shark; he holds tight to a book about goldfish his mother gave him. In both halting and wild ways, he tries to court Marie, a neighbor girl. Simon, with a pocketknife and an intractable will, seems more dangerous to others. What, on earth, is there for these children-becoming-men?

This film really did stun me the first time I saw it. It actually was in a cinema in les Halles(Paris). It might actually have been a preview.
This film does capture pure moments of truth about the more or less universal theme of the youth rebellion. It does truly highlight the scare of adults in front of desperate kids that, deep down, are only asking for love.
It does take an extreme form to convey the complete un-understanding (misunderstanding) that there can be between adult/society and abandoned kids.
The “extreme” form of the movie does not mean it has no value. But on the contrary the metaphor of the film is event more powerful because of that “violence”.
I have actually known one kids that had some similarities with the kids in the film. Their high rebellion does not mean they are not “human” but allows the desperation and the feeling (paint and power to be young) to be expressed, visible and apprehensible.
That film is also quite fresh and I find that quite a few of the tricks the two kids play on adult and society are fun and creative. One of the kid in the film does have quite a lot of sense and strong feelings.
There is a strong bond between the two brothers and they often have quite caring attitudes with another and a few other.
No moral in this film? May be! In the end I can’t remember the whole story since I saw that film ages ago. But I felt reassured by the humanity of this two kids and appalled by some of the grow-ups attitudes.
IN the film, they start to be in love with a shark mother. Well it shows how extreme things can get in some situation. They also seem to be fascinated by the relaxing and hypnotizing calmness of the sea world. Quite sweet indeed.
I would really like to see that movie again. My mind needs to be refreshed with this juvenile daringness.
I do love that film! It has definitely given me something good and thanks a lot to the authors. 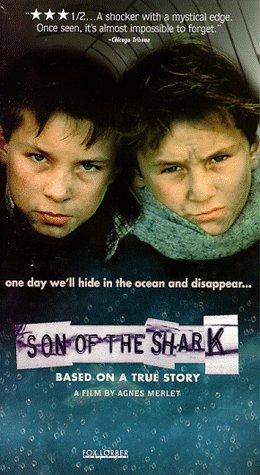