1798. In a forest, some countrymen catch a wild child who can not walk, speak, read nor write. Doctor Itard is interested by the child, and starts to educate him. Everybody thinks he will fail, but with a lot of love and patience, he manages to obtain results and the child continues with normal development. This is based on true story.

The film is well made with good performances by Victor the wild child as well as Truffaut as his doctor and father figure.

Truffaut’s main concern is studying what humans really are when you strip away the socialization process. Do we have morals? Language abilities? Compassion? This was also the main question for Dr. Itard who raised the boy after he was found.

However, the legitimacy of the wild child is called into question early in the film. Is Victor a normal human child or was there something abnormal about him that caused his family to abandon him? If he was abnormal to begin with, then we really can’t conclude anything about what humanity would be like without the socialization process.

Despite this problem, the film is still interesting to watch but it ends up raising more questions than it answers. 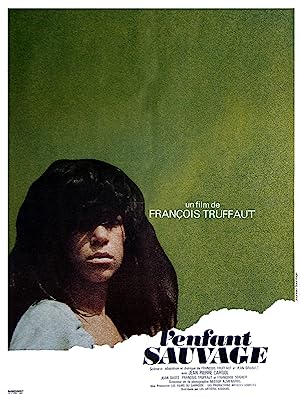