The movie begins with an explicit murder scene. We later learn high school student Alice (Natacha Régnier) convinced her lover, Luc (Jérémie Renier), to murder their classmate Saïd (Salim Kechiouche), whom she claims raped her with a group of his friends. After the murder they take Luc’s parents’ car and go off to rob a jewelry store. When they dispose of the body in the woods, the couple get lost on their way back to their car and are captured by a mysterious forest dweller (Miki Manojlovic). Matters take an even more bizarre twist when the stranger locks the young lovers in his basement and reveals that he plans to eat them. The movie shows the events that led up to the murder of their classmate and the ordeals the two lovers undergo in the cabin. Alice is very sexually active, but Luc is still a virgin. Sometimes it feels like a bizarre twist of Grimm’s “Hansel and Gretel” in true François Ozon style.

Story of love and death, with some American thriller sparkles and the flavor of Ozon, “Amants criminels” is trip in a dark universe, with strange cages and shadows of fears.

In same aspects, it is a new adaptation of “Dangerous Liaisons”. Also, it is a adaptations of brothers Grimm tales. But important are not the images, rabbits or forest man , the murder or the rats. It is only a room of Francois Ozon universe and relevant is the desire of director to discover the limits of a situation. Not the ways but the purpose.

The evil girl for the other is basic object, the homoerotic scenes, the strange land, the race different, the games and the end, the cries and forms of affection are pieces of an interesting puzzle in which the purpose may be the catharsis.

A cruel beautiful film. Cold, aggressive, nostalgic, sad and strange. A film about the ways of escape. And about their fragile substance. 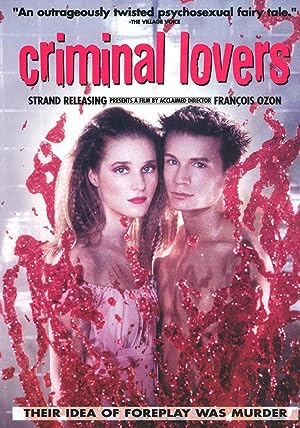