Lessons at the End of Spring 1990 with English Subtitles

A young boy’s loss of innocence in a pre-perestroika Russian prison is the harrowing, Kafkaesque premise of LESSONS AT THE END OF SPRING. During the chaotic last months of the Khrushchev regime, a teenager’s errand to the village market for bread ends in a nightmarish confrontation with local police. Sadistic shower room confrontation, unsanitary detention facilities and a tomblike prison cell become classrooms on the horrors of the human soul. As his fellow captives are tortured, die or quietly lose their minds, the naive 13-year-old becomes an unwilling witness to startling lessons in honor, hatred, conscience and survival. Contains nudity and mature themes.

Not an easy film to watch – “Lessons at the end of the spring” tells the story of a boy who is arrested by mistake and is locked in prison. Everything is happening in Russia – but you know every day people who are empowered do that to innocent victims from in many other countries – my own is not an exception.

The movie lifts the curtain of the horrible scenes behind bars – and does a good job of portraying the horrors of the life behind the bars, and the loss of innocence of an eight grader (Danya Tolkachev). His life is changed forever.

This movie reminded of My Name is Ivan, which is another masterpiece of the Russian cinema. I got angry while watching it – angry that some dorks who are in position of power can be so brutal to people.

There is no justice – and this movie shows this reality so clearly – may be you won’t be able to feel that, but I doubt it. As they say “If someone say that your sister is pregnant, go prove that do you do not have a sister “.

Watch this movie if you want to see something serious but be aware that there are scenes of psychological and finally physical torture and some other which are not suitable for everyone.

Few Quotes from this movie:

“What do you know about prison ” “I love people! And I hate them ” “Where have you been mother? Why didn’t you protect me? ” “Don’t tell anyone what happened here 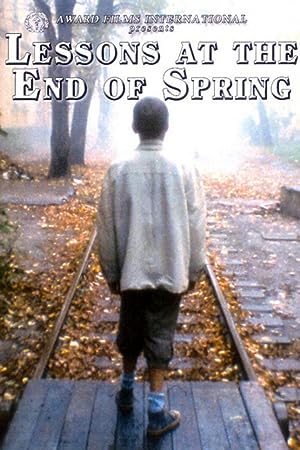 Lessons at the End of Spring (1991)
75 min|Drama|N/A
6.9Rating: 6.9 / 10 from 104 users
A young boy's loss of innocence in a pre-perestroika Russian prison is the harrowing, Kafkaesque premise of LESSONS AT THE END OF SPRING. During the chaotic last months of the Khrushchev …
Director: Oleg Kavun
Creator: Oleg Kavun
Actors: Valeriy Barinov, Nartay Begalin, Aleksandr Feklistov, Sergey Gabrielyan