A 12-year-old orphan who has just inherited a fortune is trapped on an island with his uncle, a former British intelligence commander who intends to kill him. A young girl is the boy’s only ally against the sarcastic uncle, who uses hypnotism, a pool of sharks, fire, and poisonous mushrooms as weapons.

Although I haven’t seen the movie in well over twenty years, I distinctly remember some classically original scenes–a shark circling in the swimming pool is at the forefront of these scenes.

There is a charm to the movie hard to put one’s finger on. Perhaps it’s a film that begs (and succeeds) to bring out the adventurous core-child in each of us.

The problem: I’ve been searching for this movie for over twenty years. If I can buy a copy from someone, or if someone knows when it might be aired….PLEASE let me know. 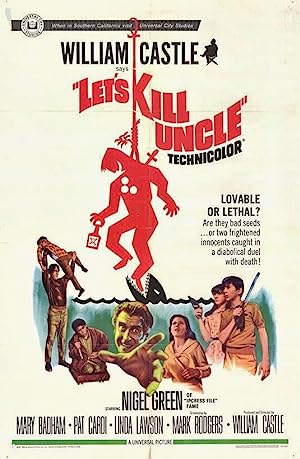