An alien trying to escape from NASA is befriended by a wheelchair-bound boy.

The dance party scene was such subtle product placement. I can’t say why exactly, but for some reason I was left craving a Big Mac after watching the movie. Hmmm….

If anyone can watch the dance scene and tell me exactly why it was in the movie, I would love to hear it. Also perplexing were the jogging scene with musical score (even Phil Collins at his worst would have been an improvement) and the cameo by that annoying red-headed kid from ‘Different Strokes’. Perhaps someone who has watched the movie repeatedly and considers it a cult favorite could enlighten us….?

I do like the fact that the producers cast a kid in a wheelchair as the star, but the writing was awful and the plot was laughably bad. It was an ET knock-off right up to the end, where you will find a shocking conclusion rivaled only by “The Usual Suspects”! 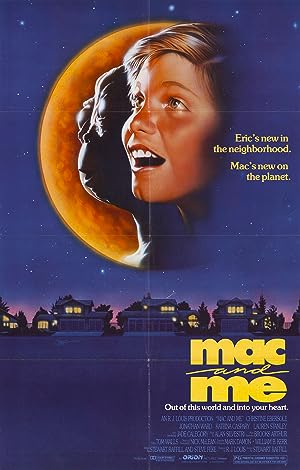