Mateo is an intelligent boy who studies in a high school, and his life gives a scramble when he meets Daniel, a boy with preferences to the men, by which falls in love with Mateo, but when its companions, and the director Reveal Mateo relationship with Daniel, Mateo is suspended, and finds himself at a crossroads, deciding between fighting his adversities or giving up everything, until his life.

This movie tells the story of a teenager who struggles to find his own identity in this world, but must confront a society incapable of understanding differences, gender variations or our own choices, whatever they are. Well crafted, this movie tells the story of bullying from the perspective of a teenager, but also proves that the position of parents and teachers are crucial if we desire to prevent this type of behavior. Mariposas Verdes is meant to be a movie that causes controversy and stays in the mind of the viewer, just as much as the book Mariposas Verdes. 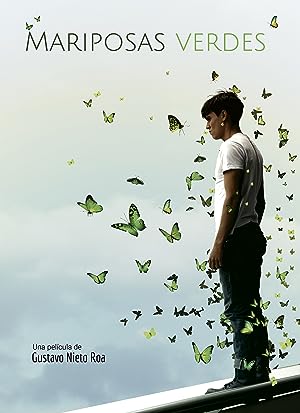 Green Butterflies (2017)
N/A|Drama|20 Jul 2017
6.7Rating: 6.7 / 10 from 86 users
Mateo is an intelligent boy who falls in love with Daniel, but when everyone reveals that relationship, Mateo is at a crossroads, and will have to decide between fighting his adversities, or giving up everything, until his life.
Director: Gustavo Nieto Roa
Creator: Katalina Boham, Gustavo Nieto Roa, Mauricio Pichardo, Idania Velasquez Luna
Actors: Brisa Botero, Julio Bracho, Kevin Bury, Diana Caicedo