In this wry retelling of the ancient Medusa myth, strange, clothed statues of men are appearing all over Greece. Only Perseus, a leader of a gang of modern Athenian thieves, with a strange childhood, holds the answer to the mystery–and it has something to do with beautiful, long-haired women in black. One night his group breaks into the house of one such creature. Filled with low-key humor and suspense, Medusa unfolds in a simple and tantalizing way.

Medousa makers did a good job maintaining a mystery atmosphere throughout the film.

The plot is centered in the life of the lonely, bad-ass hero and his quest for retribution. The mythology slowly emerges and through a nice going plot the film has a great high climax at the end.

The photography is great and the exterior scenes very refreshing. Dialogues are short, at times clever but mostly poor but they help maintain the mystery in the movie.

Apart from poor dialogs, irrelevant characters and amateur fight scenes, Medusa saves the day …even if she’s of the night. 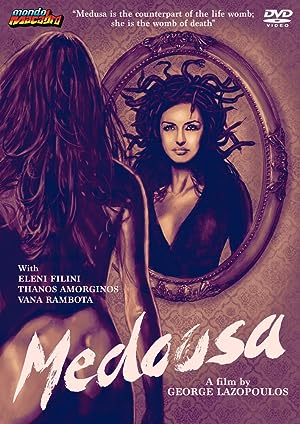