A searing examination of the unrelenting Chechen conflict, observed through the prisms of a Russian military boys academy, a war-torn town and a children’s refugee camp.

This film is divided in three sections, or “rooms” as the title alludes to. The first “room”, “Longing” shows life at a military academy near St. Petersburg for lads from troubled homes or orphaned boys. Some of the kids have lost parents in the Chechyan war. We are documentary-style introduced to some of the cadets.

“Breathing”, the second “room” takes us to war-ravaged Grozny in Checnya. We witness the hardship the denizens of this once thriving city are facing. Apartment buildings are mere skeletons with walls shot away, yet there are people living there. In a heartbreaking scene we see how a welfare official takes away the young children of an ailing woman who can’t look after her kids anymore. The mother is severely affected by poisonous fumes escaping from open and damaged oil-wells close to her apartment building.

The third “room”, “Remembering” shows war orphans and refugees settled in tented camps and with farmers in Ingushetia, a few kilometers from the Chechnyan border. We get a documentary-style glimpse in the life of a few newly-resettled refugees in a Muslim farming community, living in a peaceful bucolic setting, whilst by contrast in the distance one could hear shelling taking place in troubled Chechnya.

This film has a strong anti-war message, in a clever way it shows us an unsentimental view of the impact of war on the innocent. And in a nagging and worrying twist of irony we remember the cadets we met in the first “room”, already training for more warfare.

This hauntingly beautiful art-film boasts some of the best photography I had seen in a long time. The first “room” boasts atmospheric shots of the training academy and surrounds in winter, while the third “room” shows us a vividly-coloured, much greener pastoral landscape. The photographer effectively mixes sweeping landscape footage with lingering shots of certain foci, such as a horse grazing next to a fence. The stunner, however, is the second “room” where we are treated with grainy black-and-white imagery. Memorable scenes include a few mangy dogs scavenging for food scraps among the ruins of shelled buildings. The music score is excellent too, and adds to the general melancholic ambiance of the film.

People looking for a simple film with a clear plot may be disappointed; there is little plot or suspense, and the film may seem to be diffuse at times. But look a bit deeper and you are in for a pleasant discovery. 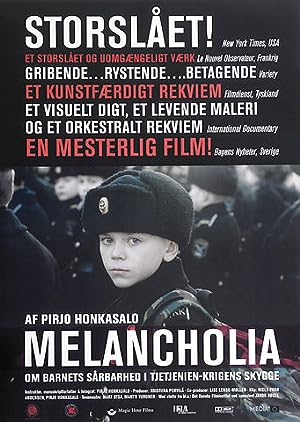