Memorial Day, 1993. When 13-year-old Kyle Vogel discovers the World War II footlocker belonging to his grandfather, Bud, everyone tells Kyle to put it back. Luckily, he ignores them. Although Bud has never talked about the war, he finds himself striking a deal with his grandson: Kyle can pick any three souvenirs, and Bud will tell him the stories behind each one. Memorial Day not only takes us on a journey into Bud’s complicated wartime past, but also into Kyle’s wartime future. As the two men share parallel experiences in combat, they come to realize how that magical day on the porch shaped both of their lives.

In the interest of full disclosure, I do know some “principals” involved with the making of this film, and was on location to watch a few scenes being filmed and met most of the cast.

With that out of the way. Seriously, what these people did, from a conversation, to an idea, from concept, to an LLC, bringing in the key actors, etc. They did not just “make a movie” to say “hey, we made a movie.” With limited time, limited location, limited funds, they took a great screenplay which the actors obviously enjoyed, executed their performances to the best of their abilities. They followed through on the cutting room floor, with the Audio and with the Digitization. BEAUTIFUL!

Again, come full circle to the wonderful screenplay, and the performances of the Cromwell’s. I loved the movie. I will own it and I will watch it every Memorial Day for my remaining years. Kudos to the entire cast/crew! 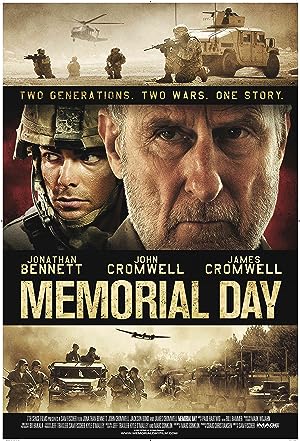 Be the first to review “Memorial Day 2012” Cancel reply