Memories of My Childhood 1965 with English Subtitles

Loosely based on Romanian author Ion Creanga’s life as a child during the 1840s.Young schoolboy Ion is growing up fast in a provincial town of the Moldavia region of Romania.Local villagers call him “Nica a lui Stefan a Petrei”.The film offers a detailed account of his childhood with special focus on the relationships between Ion and the various people in his life.The relationships between Ion as a child and his parents,friends,neighbors and teachers are described.The larger context of the Romanian rural social universe of the 19th century is also touched upon.Finally,the film shows Ion’s coming-of-age from an innocent child growing up in an idyllic remote village to a rebellious adolescent dreaming of becoming a priest.

I really enjoyed watching this movie because it represents real facts from Ion Creanga’s past. He is also our guider in this movie, making us know better the place, time and other elements of this story. You can learn a lot from this movie, for example life in Romanian villages, including human behavior, education and entertainment in these places, which were very poor at those times. The movie is inspired from the homonym book. The image quality isn’t very good, but it’s clear enough that you can well watch the movie. I am sure you will laugh because it contains humor based on the naughty things the author had done in his childhood, such as: stealing his uncle and aunt’s cherries, stealing the hoopoe that was the morning clock of the village, the revenge of his mother by taking his clothes while he was bathing naked in the brook without her permission, and many other funny memories are presented here. I hope you will enjoy the movie like I did! 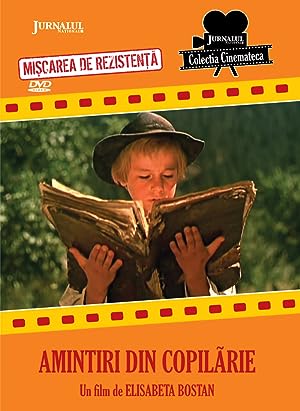 2 reviews for Memories of My Childhood 1965 with English Subtitles