Memories of Summer 2016 with English Subtitles

An intimate journey to the departing world of childhood seen through the eyes of 12-year-old Piotrek.

The film takes place in the late 1970s in a provincial town. 12-year-old Piotrek – like most of his childhood friends – did not go anywhere to relax. The neighborhood is fortunately picturesque, and with the help of a caring mother manages to fight boredom. Father is not yet known for us – a man in the Saxons earns his living for the family. The boy’s safe world is soon creeping in. All because of the mother who, in the absence of her husband, most likely finds a comforter. Following the woman during one of her night trips to her lover, Piotrek meets an isolated fawn on an empty road. Is this not a metaphor for the situation in which the boy found himself: an abandoned youth groping in the adult world?

Guzińskiis great in suggesting to the viewer emotional states of heroes. In fact, nothing is said here: the mother’s affair, the awareness that her son knows everything, Piotrek’s feelings about the visiting girl, sexual violence. Everything that is most important resounds between the words: in small gestures, non-obvious assembly assemblies, props (“Do not tell anyone what’s happening at home” – says the inscription on the kitchen cloth) or songs (“So much Sun in the whole city” Anna Jantarhe plays the role of leitmotif in the film). Perhaps this is why some of the protagonists’ behaviors seem too affected, removed from a completely different order. Aggressive scratches and sobs from the soap operas do not match the subtle, silenced narrative of the film. And quite artificially – like an efflorescence of native Mazovia fantasy – a scene falls out, in which the local bull with a strong thrust throws Piotrek’s liking from the bike and then violently subjugates it. As it turns out, his aggressive behavior is a mating dance leading to tenderness over a fire. Recipe for pickup in Polish? First, burn, then kiss.

” Memory of summer “it is difficult to call a nostalgic return to the past. Although the screen reality is free from politics and social unrest, there is no visible fetishization of the past era. Even if a fragment of the Old Men’s Cabaret appears on the TV screen, and from the radio speaker the legendary “Polish Grandfather” flows, it is a background for the characters’ actions, not a sentimental blink of an eye to the viewers who bred an “Born in PRL” profile on Facebook. In Guzinski’s film, more than nostalgia is sadness and bitterness. The performer of the title role Max Jastrzębskiflawlessly expresses both of these feelings. In his half-childish, half-teen face, one can see both innocence and the first signs of a hormone storm, a polite big boy, and a slumbering little man drowning. After the screening of ” Memories of Summer ” , among others the memory of a great young debutant. I wonder if his talent will be noticed by festival gammies awarding prizes for actor’s discoveries? 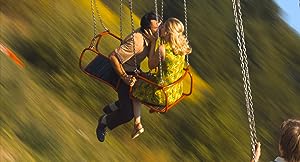 4 reviews for Memories of Summer 2016 with English Subtitles