The story revolves around Nimmo (Patil), who is soon to be wed. Her only friend, and constant companion is a little boy (Dave) who also has a massive crush on her. While the little boy’s innocence prevents him from understanding the complications of marriage, it does not prevent him from trying some wacky ideas to keep his love from marrying someone else.

I am impressed by the freshness in Rahul Shanklya’s Meri Nimmo, a sweet little tale of childish infatuation. The themes that this comedy drama samples have been sampled before, but not in such a crisp and serious manner. Anjali Patil plays Nimmo, a young woman who has reached the point of marriage, and who is like a sister and a friend to Hemu (Karan Dave), the school-going son of a close family friend of hers. Nimmo has seen Hemu grow up to the point that she used to bathe and tidy him up as a kid, but now Hemu is shy. Blame his company, he now sees his sister as a love interest, who he would love to marry. He hates the idea of her marrying someone else, and does all in his might to put a break to such a scenario, mostly to comical repercussions. The seed of this infatuation is born in Hemu, but is not comprehended by anyone else, not even Nimmo, which leads to some minor consequences on the road until it ends one day. Director Shanklya uses a tight timeline of a few weeks to etch a story about this brother-sister duo, set in the backdrop of a backward village somewhere in interior India. There are a lot of tidbits to observe and revel in Meri Nimmo, which makes it a much more entertaining ride. From Hemu’s childish talks with his more courageous and streetwise friend to the rehearsal by the girls of how a first night would go post marriage, the drama unfolds in a proper timeline and ends on a slightly thrilling note. You can’t predict what might happen, and in the suspense, Meri Nimmo passes muster. 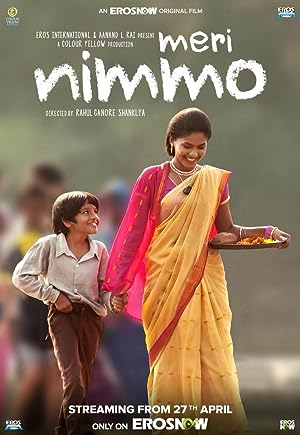 Meri Nimmo (2018)
90 min|Drama|27 Apr 2018
7.2Rating: 7.2 / 10 from 148 users
The story revolves around Nimmo (Patil), who is soon to be wed. Her only friend, and constant companion is a little boy (Dave) who also has a massive crush on her. While the little boy's …
Director: Rahul Shanklya
Actors: Karan Dave, Anjali Patil, Sunayana Agarwal, Aryan Mishra