Five months in the life of a pedophile who keeps a 10-year-old boy locked in his basement.

So, this movie is about a pedophile who’s keeping a child in his basement. It’s such a terrifying setup that initially I decided against seeing it. Then I read some very positive media reviews, which also mentioned there was nothing graphic, and so I decided to give it a go. (They also called it “darkly humorous”, which I didn’t see at all.)

When I first saw the kid’s face, I almost turned it off- like I said, this is an extremely disturbing premise. I actually kind of wish I did; I had been expecting something different, like a police scenario, or some back story about him (we don’t get any history of Michael or Wolfgang.) Once you see Wolfgang, you just have to watch and hope he is going to end up better off. I couldn’t turn off the movie with him in that situation (yes, I know it’s not real, but we also know things like this do happen in the real world.)

But rest assured there is no sexual contact between the man and the boy pictured in the movie- not even hugs or embraces- even though there’s no doubt about what’s going on. There is one scene where Michael takes out his penis, but it’s about six feet away from Wolfgang, and it’s not a sexual thing- he’s actually making a weird joke (and it was shot in split screen so the young actor wasn’t present for it.) The only explicit violence is against Michael, so you don’t care, and even then it’s not graphic.

Michael is not only a pedophile, but as far as I can tell, a sociopath. This is a different representation of a pedophile than Todd Solonz’s “Happiness” where the pedophile does seem to have empathy and shame. Michael is absolutely without either of these emotions. There’s also something very “off” about him (you know, besides being a sociopathic pedophile), as shown in his social life and sense of humor.

The movie is slow but not boring. It’s very taut, and the ending had me holding my breath to see what would happen. (Some have said it’s ambiguous, I didn’t think so, but if you read the comments about the movie you’ll get the director’s view of what the ending was supposed to mean.) I wanted more denouement, but the comments also explain why the director chose to end the movie where he did. The acting is absolutely amazing. Michael Fuith is mesmerizing and brings out the banality of evil very skilfully.

I usually do well with disturbing movies, but this was a stretch for me. I avoid anything with graphic violence against children, and this does indeed fit that criterion, but it is about something so terrible that anyone who is not disturbed has something wrong with them, in my opinion. That said, I think people can still appreciate this movie as a well-written and well-acted one. I wouldn’t recommend this for anyone with children; I just can’t imagine having a child and watching this movie. 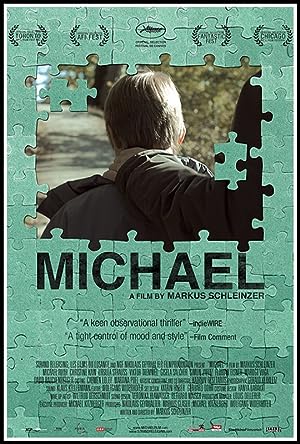