Youth film about friendship between two boys from very different backgrounds. Steffen finish school and do not really know what he wants. He lives at home with his mother, who is a journalist. He comes with Majbritt, the daughter of one of the rich men in Silkeborg, where the story takes place. Charly is a Copenhagen mess already know life’s dark sides and is placed in a youth home outside the city. They meet when Charly is by cutting Steffens moped. As the story concludes, the Charly again got mixed up in something and have to run away, and now gives Steffen him the moped. They have become friends, and the friendship has also been shown to outweigh Steffens compared to Majbritt and the upper class, she represents.

A lost Danish film, extremely outstanding. Two adolescents become fast and unlikely friends, one a “normal town boy” the other a motorbike ruffian. Similar themes to the later Paul Verhoven’s “Spetters”. Wide-eyed teenagers in the changing Europe, as puberty changes them. If you can find a print, it’s really worth seeing. 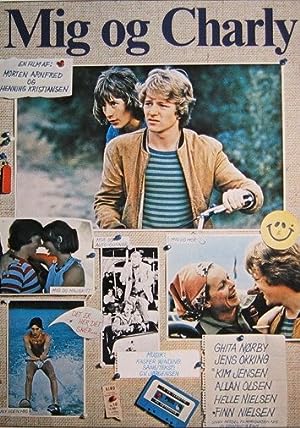