Forty-six year old Diane Després – “Die” – has been widowed for three years. Considered white trash by many, Die does whatever she needs, including strutting her body in front of male employers who will look, to make an honest living. That bread-winning ability is affected when she makes the decision to remove her only offspring, fifteen year old Steve Després, from her previously imposed institutionalization, one step below juvenile detention. She institutionalized him shortly following her husband’s death due to Steve’s attention deficit hyperactivity disorder (ADHD) and his violent outbursts. He was just kicked out of the latest in a long line of facilities for setting fire to the cafeteria, in turn injuring another boy. She made this decision to deinstitutionalize him as she didn’t like the alternative, sending him into more restrictive juvenile detention from which he would probably never be rehabilitated. However, with this deinstitutionalization, she has to take care of him …

Not what I expected. It’s a film that features quite a lot of dark elements, but the film somehow manages to be really touching in such an odd, but effective way. I don’t think it’s flawless. The script has a few cracks here and there, and it sometimes feels a bit aimless in what it’s trying to say. I also very much enjoyed Dolan’s directorial touches, but many times they’re a bit jarring and too stylistic for its own good. However, what I will not at all criticize is that 4-minute sequence near the beginning of its third act (you know which one). That glorious score with those images created a profoundly moving sequence, one of the most emotionally powerful scenes of the year. But that’s how a lot of the film is. I liked it a lot, but it can feel like many great individual scenes and yet not as cohesive as a whole

The acting here is phenomenal though. The three leads and the places they go to are harrowing and they probably rise the material greatly. The ending was a bit too obvious and not very original, but I’ll take it

Not as enamored with it as most, but I still found it to be a truly incredible experience that is no doubt so inherently interesting and entertaining, much like the only other Dolan film I’ve seen Tom at the Farm. 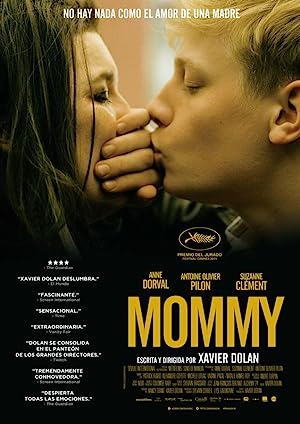