A young boy takes a stand when his mother’s grief threatens to destroy both of their lives.

Some mommy. The sort of mother that should be investigated and dealt with at Child Protective Services.

Her older son continuously torments his stepbrother and much to the amazement of the film, the evil son dies quickly when he hits his head at the bottom of a pool after diving in. The younger one cannot show remorse and a case could be made that he did nothing when the accident occurred.

The alcoholic mother, living off her dead parents assets and money from a lawsuit from a fall, is one miserable person. She favored the dead son and when a kindly neighbor tries to intervene, she kills her and tells the boy that he can go to jail for this crime as well.

Mommy has a new boyfriend, a fellow drunk and the two plot to flee to Mexico. When the latter takes a strap to the boy, our youngster blasts him in the chest with the gun he found and mommy and the boy are dumping another body.

Along the way, there is the usual dedicated teacher and coach who knows that something is amiss and he forges a strong bond with the child.

Interesting to watch. The performances are good. Child protection services working directly with the police? 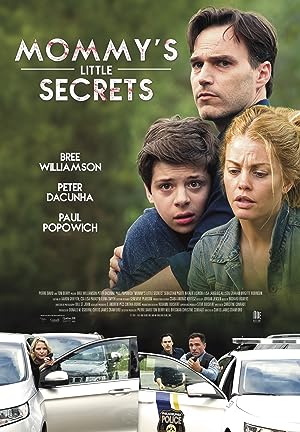