Monet’s painting ends abruptly with attacks from his father and art critics. He intends to abandon everything, but is convinced otherwise by an aspiring young artist.

The Artists’ Specials are six sensational new hour-long family dramas from Devine Entertainment, the folks behind the award-winning children’s drama Beethoven Lives Upstairs and other graceful profiles of historical figures.
Normally, the term ‘children’s drama’ would send your average 10-year-old screaming from the TV room. Children’s dramas based on the lives of famous painters? Pass the Nintendo. However, my 10-year-old daughter was completely enthralled by this series, which profiled Impressionist masters such as Degas, Monet, Renoir and Mary Cassatt. What hooks this almost impossible to hook young audience is Devine’s device of revealing these historical figures through the eyes of a child.

Obviously, liberties are taken; Rembrandt and Goya didn’t really pal around with tweens. “The fictional characters are always the young people,” says David Devine, president of Devine Entertainment. “But often they’re based on young people found in some of these artists’ more famous paintings.”

Monet: Shadow and Light stars Stuart Hughes as the 19th century French Impressonist. He and his starving artist pal Pierre Auguste Renoir (Richard Clarkin) stay one step ahead of their creditors with the help of Daniel, a budding young artist (Trevor Blumas).

Next time your child is looking to try something new, steer them towards these excellent Artists’ Specials. A 2000 Parents’ Choice® Gold Award 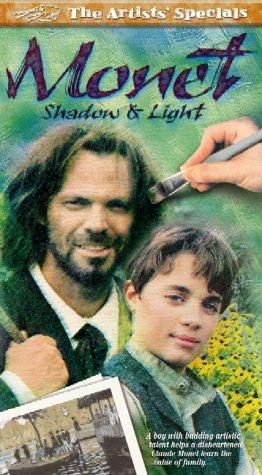 Be the first to review “Monet 1999” Cancel reply