Dance and prostitution play the same role for Jonathan’s body; virtuosity, desire, technique, and sex intertwine, granting coherence to a way of life that offers many answers to few questions; a leitmotiv that reconciles opposites and contradictions; answers that are sometimes painful, like all truths.

Fans of the mind and certainly the body of dancer / escort Cristhian Rodríguez of the explicit short Bramadero fame, will no doubt delight in this telling biopic of the man himself. Intercut with direct-to-camera interviews, together with dramatized sequences of his sexual encounters in the night, this is in effect an insightful documentary on the hopes and ambitions of a young man who funds his dance training by way of sex; either as a stripper or as a rent boy. That he’s more than happy to do so gives way to the title, as Rodríguez takes to the go-go stage, dancing on top of a bar, even if the masturbation in question is implied; rather than seen.

Still there’s no denying that Rodríguez is a fascinating subject, happy to talk in detail about his love of dance and the dance troupes that have fine-tuned the natural talent, he clearly has. Yet what I found most poignant were his recollections of growing up in a homophobic environment in which he did not realize that men could be affectionate with each other; namely that a loving relationship is possible between two men.

Often seen naked, if surprisingly coy in the frontal department, Rodríguez comes across as a lovable, engaging character who is as much at ease on the dance floor, as he is in being paid for sex. That both his escort work and time spent doing some artistic porn, a clip of which is included in the short, pays for his love of dance and the inherent training costs therein, is but a vicious circle. Yet it also appears to be something of an addiction, one that Rodríguez is seemingly hooked on, justifying that it’s the price he pays for doing what he loves best. And here you cannot help but wish him the best in his choreographed career, even if the bitter truth remains that both professions have but a limited self life, as fresh faces come to replenish old stock. 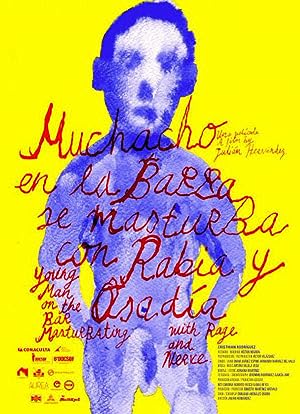