‘Newcastle’ is a coming-of-age/family drama/surfing movie. 17-year old Jesse lives in the shadow of his older brother Victor’s failure to become surfing’s Next Big Thing. Even when he’s in his natural habitat of magnificent surf breaks, his blue-collar future is brought home by the coal barges that constantly line his horizon. Jesse has the natural skills to surf his way out of this reality and onto the international circuit but can he overcome his equally natural ability to sabotage himself? A momentous weekend away with his mates that includes first love and tragedy leads him to discover what’s really important, and also to the performance of a lifetime.

I really liked this movie despite the lengthy surfing scenes and lack of real depth to the storyline. The actors in the film were all entertaining to watch. There was a array of characters with various interactions…some funny, some sad, some utterly bland but contributory nonetheless. The scenery was incredible. I think many modern films lack that beautiful setting which captivates the audience so it was nice to see it be different in Newcastle. I especially enjoyed the relationship between Xavier’s and Kirk’s characters. It felt real and very believable. I was upset that I missed the scene at the end of the credits. There should have been a heads up that the movie was not yet done. Overall, I give this movie a 9/10 as I thoroughly enjoyed watching it. 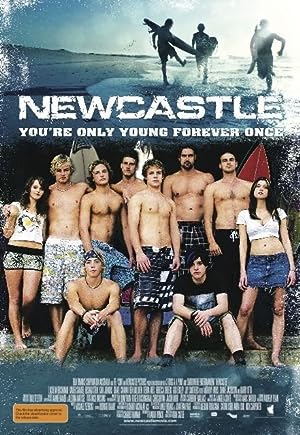