Two of Santa’s elves are getting ready to take the summer off and discuss the story of Nickelodeon stars going to camp together and discovering Bighand.

After the fiasco known as the Ho Ho Holiday Special (and their Not so Valentine’s Special), Nickelodeon decided to make ANOTHER ratings trap, but this time it was about a summer camp. There was a rumor that they cast someone named “Selena” at the last minute for a subplot of her “Gassy Summer Camp Trip.” Anyways, the special starts with two elves at the Christmas Workshop (isn’t this a SUMMER special?) and they decide to tell about the time that the Nickelodeon stars went to summer camp. They go to the summer camp, named “Camp Nickelodeon” (how original) and they talk about what they want to do there. Then they cut to some girl asking for some ice cream, and the ice cream vendor tries getting it out, but makes a mess of the place. I couldn’t take it anymore, so I turned it off and played my PS3. Long story short, do not watch this. This was yet another ratings trap that Nickelodeon decided to make. 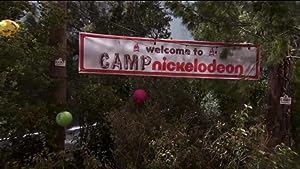