Small Yozko, who lives with his mother, dreams of a real father, whose ideal is embodied in a tractor motorcyclist on Formula nickname. However, his mother perceives cheerful cool formula, finding it, like many villagers, frivolous. Friendship Formula fills the boy his father’s absence, and Yozko increasingly tied to his friend. Suddenly received a telegram from the actual Yozko father, his mother will have to take a difficult decision, but life itself makes adjustments …

Ten-year-old Jozol (Pavol Angst) has a wild and wonderful father. He is away most of the time as a motorcycle racer and Pavil misses him alot. When he is home they have a great time together and Jozo is a good soccer player. But his mother is lonely and Jozo can’t seem to stay out of trouble. Maybe it’s time for his father to make the right decision and bring the family together? 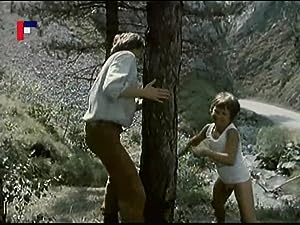 4 reviews for Otec 1982 with English Subtitles