Home » Foreign Movies without Subtitles » In Between Seasons 2016

Against this background, this is the story of two young Korean men very much in love, and who had kept their relationship totally hidden from the world. The film starts with a car wreck and then flashes back to 4 years previously when Soo-hyun (JI YOON-HO) first introduces his mother, Mi-keyung (BAE JONG-OK), to his friend Yong-jun (LEE WON-GUN). She quickly takes to her son’s new friend, and when she discovers that his own mother had committed suicide, she adopts the role of surrogate parent with him.

Flash forward to the car accident that injures Yongjun and puts Soo-hyun in a coma from which Doctors give him little chance of surviving. By chance, Mi-keyung then uncovers the true nature of her son’s relationship with Yong-jun and immediately bans him from ever visiting the hospital again. Initially, he agrees and stays away, but finds himself unable to do so for very long and insists on not just turning up again, but also physically helping care for Soo-hyun’s lifeless body.

It is his continued selfless care that has Mi-keyung gradually accepting how much he cares for her son, and although she may never be able to embrace homosexuality per se, she can at least acknowledge the sincerity of their relationship.

As her close friends had reminded her there are three things that a mother hopes that a son doesn’t want: to be a Monk, buy a motorcycle, or turn out gay.

In fairness to Mi-keyung, she had been going through her own relationship troubles with her oft-absent husband working away in the Philippines most of the time. When she finally accepted the reality of him leading a double-life, she insisted on a divorce and ventured into a life of singledom, no easy feat in the circles she moved in.

This debut film from director LEE DONG-EUN is based on his own graphic novel and resounds so well with two wonderfully moving performances from Bae Jong-ok (a big Korean TV star) as the mother, and young Lee Won-gun as her son’s lover. It is touching heartbreaking tale which would have been so much better if Dong-eun hadn’t taken it all at such a snail’s pace which almost ground to a halt at times.

He does, however, leave you with a curiously ambiguous ending which not only defies convention but which comes over as an opt-out and may disappoint more than a few people. 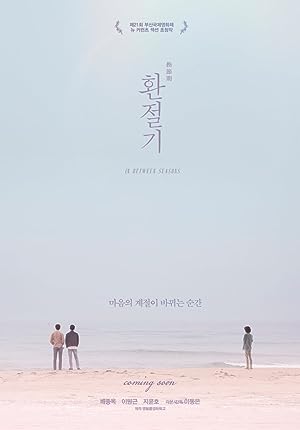