A fragile young artist (LILY), fresh out of University, meets an attractive young man in a club (FINN). Lily invites Finn to come and stay with her at her house while her parents vacation in Italy for the summer. When Lily’s jealous younger brother (JAMIE) finds out that Finn is not who he claims to be, Jamie decides to play a sinister game to get rid of him.

Set in Brighton during the summer, a guy starts seeing some girl he meets in a club, and ends up staying with her indefinitely, but doesn’t realize she has a weird, controlling brother. I won’t ruin what happens, but the guy has to navigate their rich house, their money, and the brothers increasingly strange demands.

For such a low budget, this was really stunningly shot, Brighton looks rich and foreboding, with darkness always on the fringes of the screen. The story was a bit flimsy at times, and takes a while to get going, but it has some nice set pieces, with some stand out tech control – one scene shows the guy having spent the evening with the brother while the sister goes out. As the guy tries to leave, the sister returns home, only she doesn’t know he’s there. He has to hide while she goes to the kitchen, then finally up to bed. It’s basically done in one shot, but the tension was nice, and shows some real promise from the director.

The acting was probably the weakest part, though George Stocks, co-writing as well i think, played his part well, part Bacchus, past wounded sibling, and mamma’s boy. He has some hilarious moments. It’s not perfect, there are some pacing issues, but it builds nicely to a satisfying climax. The music was actually really cool too, some weird french songs and part classical. Don’t know who it is, but it was nice and strange, lending the whole film a woozy, dislocated effect.

All in all, I would recommend the film to lovers of weird crime/drama type stuff, bit Patricia Highsmith, and bit Michael Haneke, but i like i said, it has to be commended for shooting on such a low budget. Hope these guys get to make more. 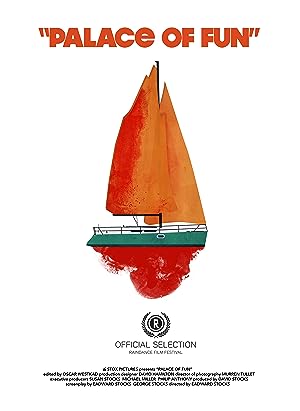 Be the first to review “Palace of Fun 2016” Cancel reply