Paradigm by Valentino R. Sandoli is a Spanish short fiction film present in the LGBT section of the seventh edition of Piélagos en Corto – International Fiction Short Film Festival taking place in Cantabria, Spain, from May 2 to 7.
Guille (Kuba Tarasiewicz) has been secretly in love with his best friend for months. However, aware of the prejudices of society, Guille does not reveal his feelings. In a spiral of new experiences that condition his true desires, Guille begins a life to which, until then, it had been strange in the hope of one day to be able to assume the real feelings.

With the argument of Ignacio Campón and Valentino Sandoli, Paradigma is the mirror of an adolescent awakening to a life where feelings and sexuality mingle and confuse to the point of everything to do and try to validate a presence in the world that, until that day , had passed – in the mind of the protagonist – by the shadow of indifference and anonymity. Basically, the big question that is raised here is just one … what to do when someone you like not only does not give by our presence but also ignores the feelings you nourished? In the desperation of an acceptance that never arrives, “Guille” is the young man who embarks on a journey that begins with self-discovery and sexuality as the principal of an interpersonal relationship that, in due course, can be destructive if not was seen only as a “passage”.
From the virtual experimentation where anonymous faces intersect in an eventual – or non – reciprocity until the journey through an underworld where the pleasure is confused with the drug, with the relation with multiple partners – not always with protection – and with the presence of a whole Paradigma is therefore the image of a supposed social and behavioral model in a teenager so accustomed to communicate with everything and everyone who forgets to know and share real affective and group relationships with those who think to know
With an insightful portrait of a generation of the twenty-first century with all the means available to know the world and not withdraw from it, however, the best that has isolating itself and taking refuge in the proximity that the virtuality provides, Paradigm is still supported by a structured interpretation and rich in emotions of Kuba Tarasiewicz in which, incidentally, lies an important part of the message that the pair of screenwriters and director intend to show about (not so) new ways of expressing affectivity in this – he too – not so new century. 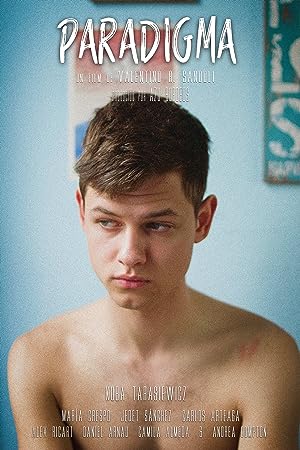 Be the first to review “Paradigma 2016” Cancel reply