The life story of a young man who has been pursuing an impossible love with his straight boyfriend and contemplating on the mortality of his loved ones.

Did anybody else wonder why the Chinese guy with a thick Chinese accent is an orthodox Jew living in Israel and unable to speak Chinese? Does anyone watching this film wonder how the Hong Kong tech geek morphs into an Australian filmmaker (who is about to make Scud’s next films – how’s that for self-indulgent)? More jarringly, is there any psychology in Ivan’s instant transformation from over-achieving workaholic in denial to hedonistic, self-accepting, out gay man? Did anyone else in the audience feel that all the female characters (the granny, the mother, the lesbian pal, Windson’s mother) walk on for their cameo, but ultimately are missed opportunities in characterization?

Don’t get me wrong, this film has a lot going for it. Windson’s suppressed sexuality that lets him flash his bits around the gym sauna and be used naked in bed or in the shower without any ability to reciprocate emotion is more subtly drawn, perhaps because he is unable to develop emotionally, leaving his contradictions to express his frustrations. Ivan’s morbid obsessions from childhood to the end of his own life are poignant. The film is beautifully shot, even while it is being coy with shadows about its flaunting of gratuitous nudity.

Flawed, yes, but moving and watchable nonetheless. Let’s see what Scud does next. 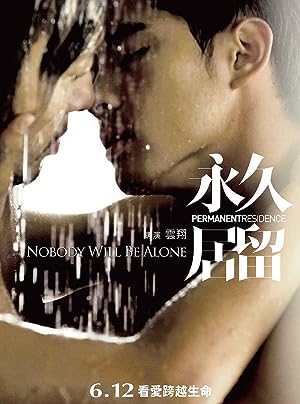 Permanent Residence (2009)
115 min|Drama, Romance|23 Apr 2009
5.3Rating: 5.3 / 10 from 586 users
The life story of a young man who has been pursuing an impossible love with his straight boyfriend and contemplating on the mortality of his loved ones.
Director: Scud
Creator: Scud
Actors: Sean Li, Osman Hung, Jackie Chow, Yu Hong Lau