In the summer, 27 year-old Sam drives towards the south of France in his Ford. He meets Matthieu and his sister Léa and takes them along in his apparently aimless journey. Matthieu has a crush on Sam and tries to seduce him. Lea is a beautiful, young, provocative girl who likes men so much that she got pregnant. She soon brings along Jérémie with them. Throughout the trip, they learn to know, fight and love each other. In spite of a blooming relationship with Matthieu, Sam isolates himself because of his secret : he is headed for Spain to find his long-lost mother.

Without being a driven action movie, this is an everyday story-film made interesting, without getting any of the answers. It’s well done, the film work and photography, and there’s a lingering underneath which makes you follow trough. If you’re not searching for an action flick, that is.

Young man Sam is still traumatized and maybe a tiny bit suicidal after seeing his father committing suicide while he was watching, struggling with his mother going insane as a result of her husbands death, following a row in their car. More than 15 years later Sam goes down south, to try to find his mother, together with some friends, without telling them what he’s up to. On the way we since some affection between some of the four of them, a girl which has become pregnant and her brother, and another friend they pick up.

It’s a pleasant summery tale, where we are offered no solution or even a climax. We just almost there. I find that this makes the film interesting. More like real life. It’s one of those films making you think, and remembering some of your own summer memories along life’s rich pageant. Some might get disappointed by not getting the solutions, and an exact happy ending, but I find liking films which don’t give all the answers, but leaves some to each and one of us, and our imagination.

I haven’t seen any other work of Director Sebastien Lifshitz, and when I realize this is the film of his that has the lowest score, I can’t expect him to be nothing less than an interesting director. I’m sure to be on the look for more from his hands. Can’t decide if this is a 6 or a 7 out of 10, and then I tend to go down. Still, it’s worth watching if you like a story which doesn’t give it all away. 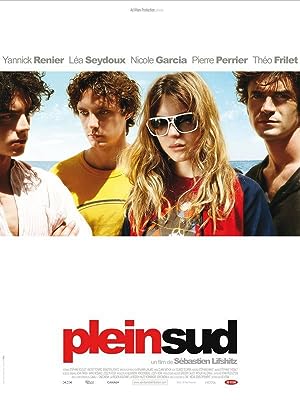