Christian leaves his hometown for Oslo to finish his studies, but moves in with two guys who turn out to be big-time pick up artists. Despite endless objections, Karl and Leo decide to give Christian a complete makeover, teaching him the tricks of their trade and changing him into the kind of guy girls want to sleep with. Crack, back and sack all need a shave, and everything he’s been taught so far in life needs to be flushed out and reset. It’s time for the razor-sharp truth about life.

I watched this film the other day and it an enjoyable but surprisingly dark comedy about university students trying to get laid. Unlike most USA comedies about this subject this movie treats the matter more seriously and maturely.

Certainly, the number of male penises — both flaccid and erect–on display would automatically mean it gets blacklisted in the USA– but, thankfully, it is an European movie and so gets a 15 certificate in its home town. Probably an 18 in the UK, maybe 15.

Christian is a shy, intellectual boy, slightly chubby, who goes to Oslo and ends up in a flat-share with two other students. His flatmates are pick-up artists, ladies’ men, players, and try to sleep with as many women as possible. They decide to change Christian into becoming one of them and the film follows their attempts and then the consequences as Christian goes from nice-guy to player. The last third takes a decidedly dark turn…

With a subject that could have resulted in a lazy and trite teen-comedy the director and actors pull off an entertaining movie which asks some interesting questions about sex and sexuality in the current age and the battle of the sexes. The movie also contains the most aesthetically beautiful penis I’ve ever seen in a movie!

I hear it is based on a novel and this film certainly makes me want to go and read it. Good, entertaining film-making, European style. 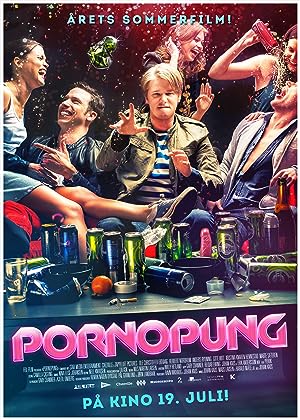