When sheriff Barnum investigates the death of an elderly rural resident, he discovers a teenage grandson living in the basement. Raised by his grandparents, he has experienced the world only through books, never leaving the family farm. He is sent to a state home for boys where he has trouble fitting in socially. His odd appearance and unusual abilities cause the small town residents to fear and ridicule him. However, not all are afraid. Some begin to view his potential and gifts with wonderment.

I honestly can’t understand why some people disliked, or even hated this movie. I absolutely adore this movie. I think the acting is great (but then I again, I happen to love both Jeff Goldbloom and Lance Henrickson), and I also feel that Sean Patrick Flanery put on an awesome performance. This movie resonates with anyone who was the underdog in school, as I, and many were when they were young. The story is touching, emotional, and liberating. I don’t think I’ve ever watched this once without crying. Add to that the spectactular soundtrack (which some movie-watchers often overlook), and this movie is right up there on my own “Best of All Times” list. If you haven’t seen this, I only ask that you ignore the negative comments until you’ve had the chance to watch it yourself and make up your own mind… you might be pleasantly surprised. 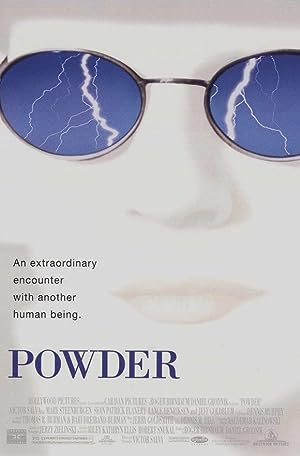 Be the first to review “Powder 1995” Cancel reply