A troubled teenager attempts to conquer the love of his life by becoming the baddest boy on the block.

I’d like to make it clear that I came to this movie a little late (I’d say I missed the first 2 minutes) because for some reason, there was a line to buy tickets longer than the mountain pass the little engine that could think-he-canned its way through on its journey to literary stardom. After I believed hard enough I got through the line and sat down at the very back of the theatre to watch what I had struggled so mightily for.

Prince is a foreign film, which means reading subtitles, but if you don’t mind that, you should definitely check out this movie.

Prince follows 17 year old Ayoub on his quest to conquer his fears, his enemies, and love. And while that IMDb synopsis for the film is true in a sense, and covers some aspects of the story, it is in no way a sound synopsis of what the movie truly is. The issues Ayoub deals with are encompasses by what is typically known as a “coming of age story”, but this one is more a-typical of the traditional one dimensional characters of that genre. Chivalrous would be the best word to describe Ayoub, a boy who simultaneously takes care of his junkie father while looking out for both his half sister and their shared biological mother, with just enough time in between to hang out with his friends and lie about that girl he kissed “way back”.

Visually, Prince is stunning. Shot after shot after shot. The colour palette and overall look of the movie is so tied together and “on point” that I want to devote a screen in my home to playing this movie on loop so I can always have something nice to look at. Words cannot express the beauty in every scene of this film. For this reason alone it is worth more than the price of admission. And it is also for this reason that this movie is now one of my favourites. (And it also has a wicked soundtrack)

Despite all this however, Prince does have its shortcomings. A rushed and forced feeling fairytale ending bog down what would have been a relatively believable and interesting story. And while this may be an unfair criticism considering Prince is an indie, low budget, young cast centric film, the acting at times is very underwhelming, but never so bad that it pulls you out out of the movie.

I would recommend Prince to anyone who is interested in indie movies, foreign films, cinematography or art direction.

Overall it is a very cool film and if you’re lucky enough to have this movie showing in your city, you should see it before it’s too late. 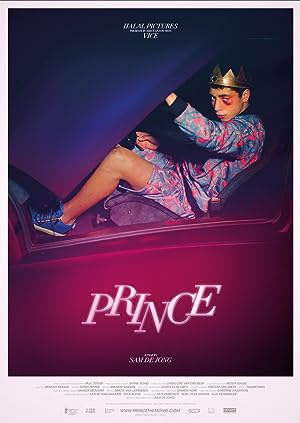